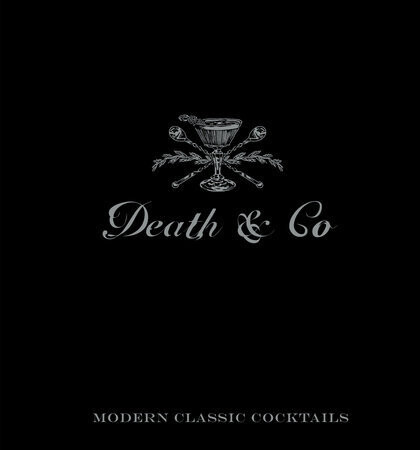 The definitive guide to the contemporary craft cocktail movement, from one of the highest-profile, most critically lauded, and influential bars in the world.

Death & Co is the most important, influential, and oft-imitated bar to emerge from the contemporary craft cocktail movement. Since its opening in 2006, Death & Co has been a must-visit destination for serious drinkers and cocktail enthusiasts, and the winner of every major industry award—including America’s Best Cocktail Bar and Best Cocktail Menu at the Tales of the Cocktail convention. Boasting a supremely talented and creative bar staff—the best in the industry—Death & Co is also the birthplace of some of the modern era’s most iconic drinks, such as the Oaxaca Old-Fashioned, Naked and Famous, and the Conference.

Destined to become a definitive reference on craft cocktails, Death & Co features more than 500 of the bar’s most innovative and sought-after cocktails. But more than just a collection of recipes, Death & Co is also a complete cocktail education, with information on the theory and philosophy of drink making, a complete guide to buying and using spirits, and step-by-step instructions for mastering key bartending techniques. Filled with beautiful, evocative photography; illustrative charts and infographics; and colorful essays about the characters who fill the bar each night

Save this product for later
Display prices in: USD